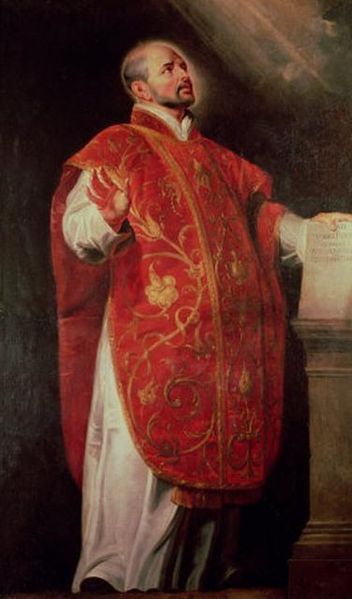 Peter Paul Rubens: The vision of St. Ignatius of Loyola. After his war injury fighting the French, Ignatius traveled to the Shrine of Our Lady of Montserrat in 1522 and saw an image of the Virgin and Child, which was a turning point in his conversion. He and a few friends formed the Society of Jesus in 1539. The Protestant Reformation was going strong and the Jesuits, marked by absolute loyalty and obedience to the Pope, became leaders of the Counter-Reformation as well as missionary efforts to make Catholic countries in Latin America and Asia.