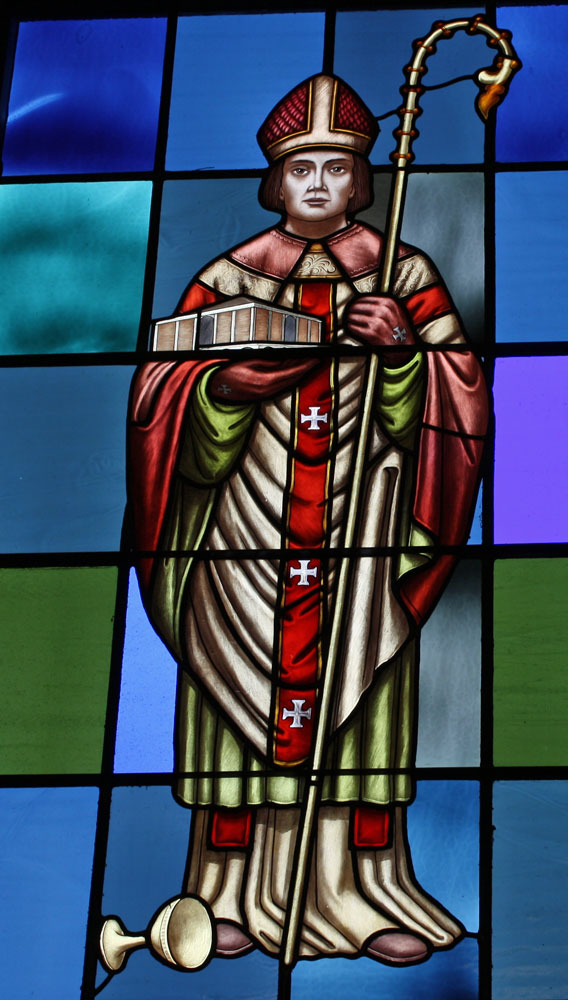 St. Richard became the Pope’s point man in clashes with King Henry III in championing Rome’s rights over the king, especially when clergy were charged with crimes or were victims of them. This was the same issue Thomas Becket faced a century before, and which would finally be decided by Henry VIII’s break with Rome. Richard focused on disciplining the clergy, especially by imposing Rome’s demand for celibacy, disinheriting and punishing their wives. The overturned chalice at the bottom of the window refers to a time Richard dropped the consecrated wine, though, it was claimed, none of it spilled. (viewfrombackpew blog)