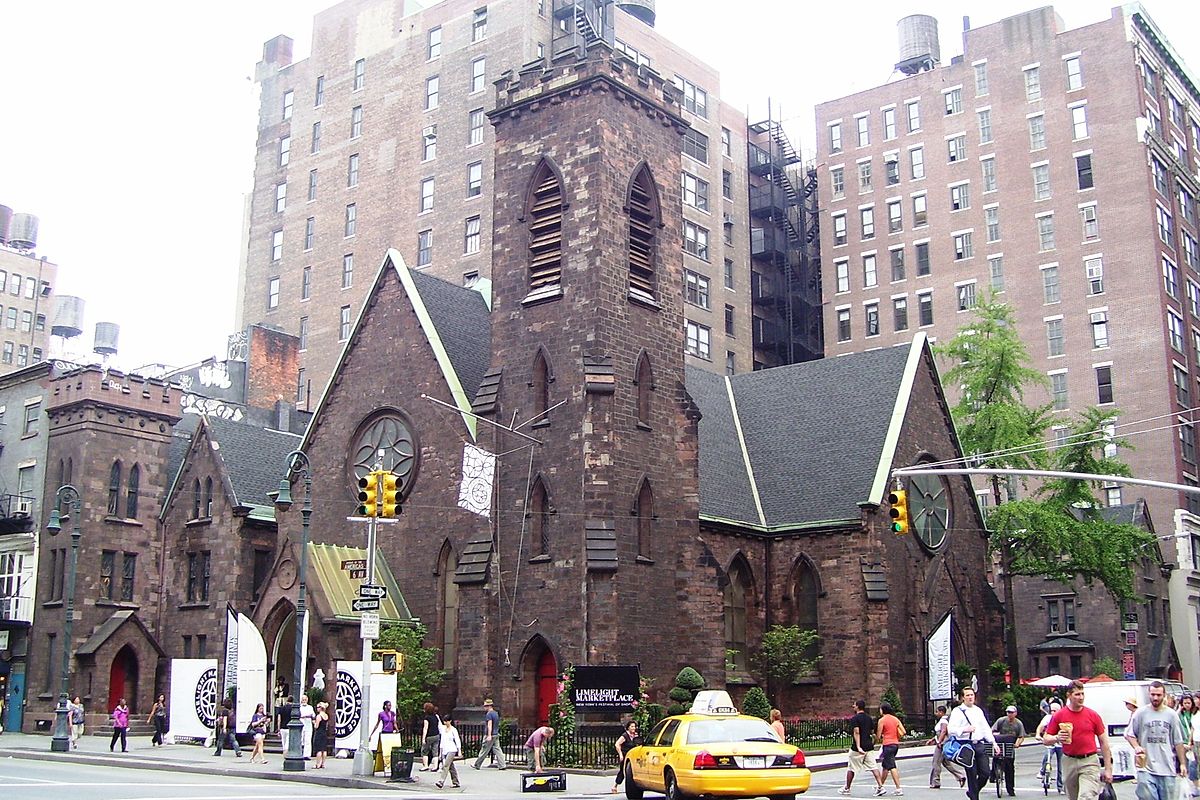 Richard Upjohn designed the Church of the Holy Communion with and for William A. Muhlenberg, as well as a Sisters’ House next door for Anne Ayres, CHC. The parish thrived for a century or more, but by 1975 the neighborhood was no longer residential and the church merged with two others nearby. It subsequently became a cultural center, a drug rehab facility, a notorious nightclub, and today it’s the home of upscale shops. (Wikipedia)