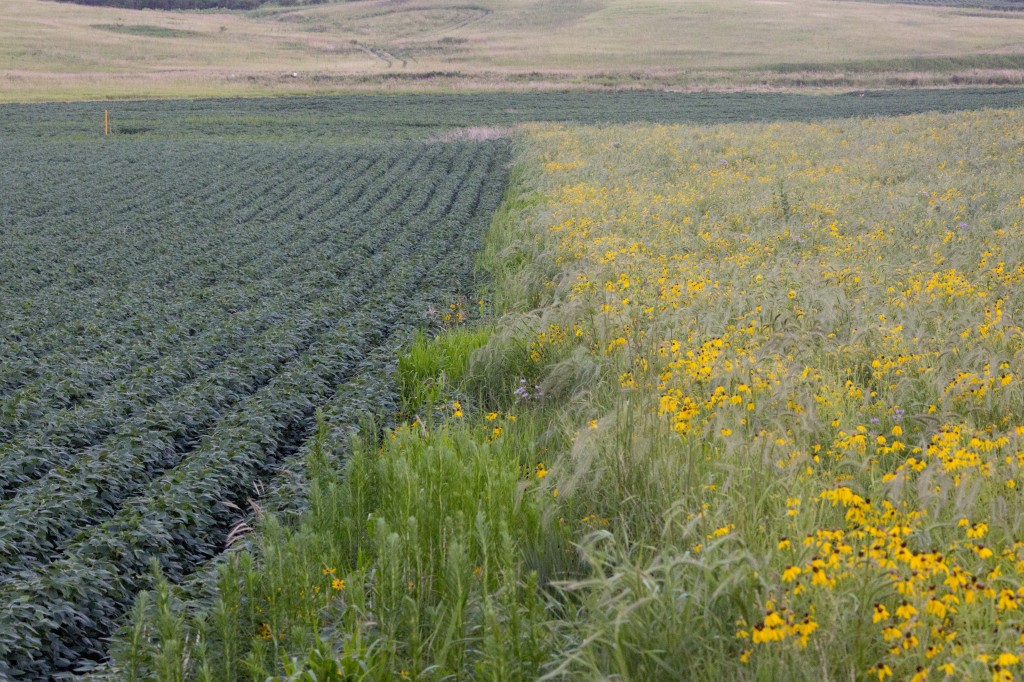 For joy in God’s creation: black-eyed susans next to a soybean field in Iowa, trying to catch agricultural chemicals before they run off into the groundwater. (Andrew Dickinson/Washington Post, 2016)

Those prairie grasses and flowers that farmers ripped out of the soil of the U.S. Midwest 200 years ago are now being replanted in a few pilot programs in Iowa as a way to save topsoil and prevent fertilizer runoff, like that which has caused huge dead spots in the Gulf of Mexico. A 3-acre strip of prairie grass next to a soybean field in Iowa is part of the experiment; it’s teeming with birds, bees, butterflies and other critters, and the plants’ deep roots hold onto the soil, according to early calculations. The program is voluntary and many farmers are reluctant to try it; some USDA extension agents are for it, some are against it, according to the Washington Post, but a new lawsuit threatens to upend the status quo; the city of Des Moines has sued three upstream counties for failing to contain the ag runoff, resulting in elevated nitrate levels in the city’s water supply. If farmers don’t find a way to contain their chemicals, someone may find a way for them. (Andrew Dickinson/Washington Post)