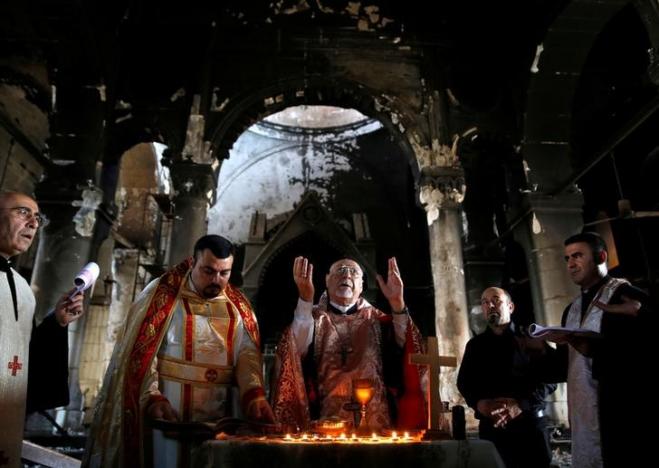 You’ve heard of the battle for Mosul, now raging; here was the scene a week ago, 30 October, when Christians were able to get back into their Church of the Immaculate Conception in nearby Qaraqosh, which was liberated first. The magnificent church has suffered heavy damage, but the clergy and people were able to celebrate Mass among the ruins. (Ahmed Jadallah/Reuters)