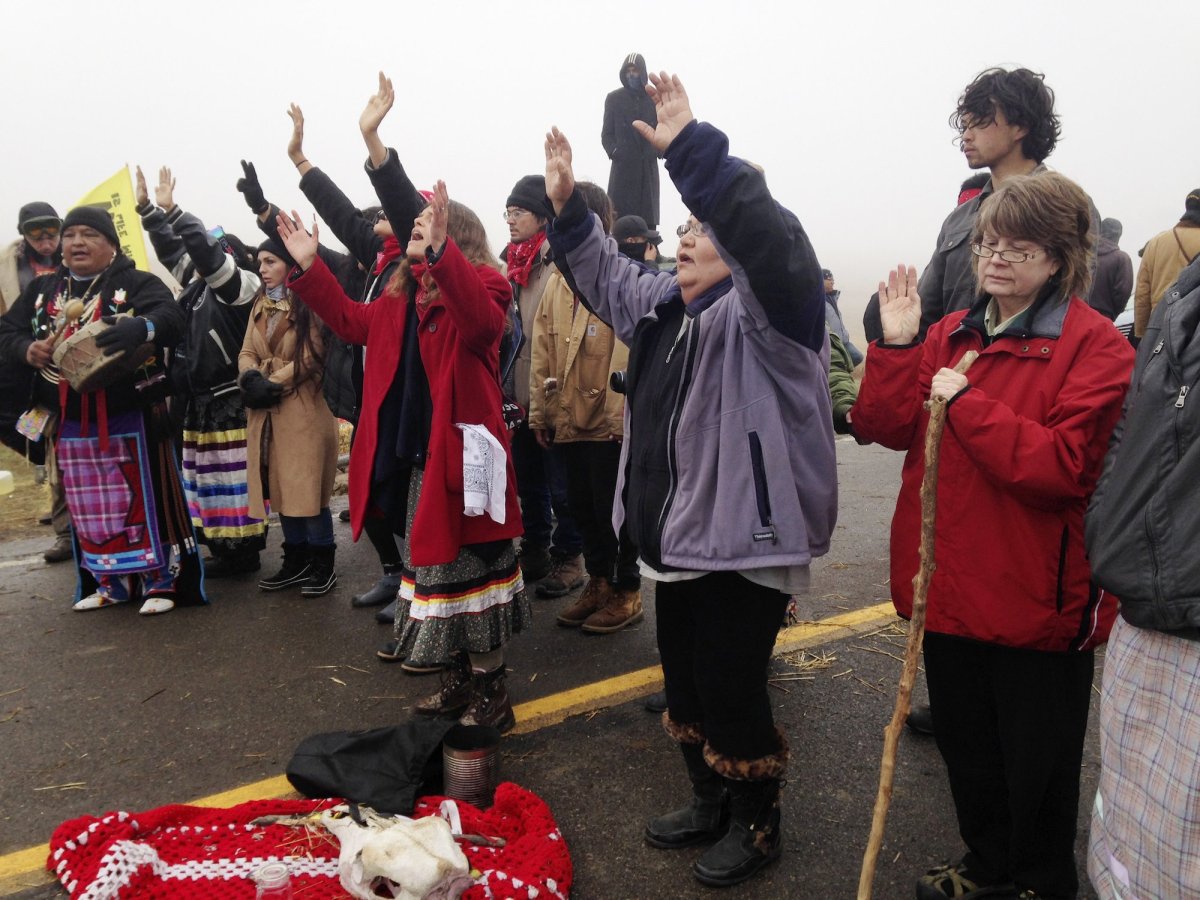 A state representative in North Dakota named Keith Kempenich has introduced a bill to legalize running over protesters who block highways, aimed at Native Americans and others at the Standing Rock Indian Reservation. Water protectors, as they style themselves, have engaged in a yearlong peaceful battle to prevent a giant oil pipeline from being built under the Missouri River just outside the reservation’s current borders, on land that was once guaranteed to them by the U.S. government, until the white people stole it back again. This minor politician claims his elderly mother was surrounded and intimidated one day while driving past the site. He says the driver would have to try to avoid hitting people, but if they accidentally kill someone it’s not their fault. The Obama Administration has blocked the pipeline at that location, but the white ranchers, whose ancestors stole the land 150 years ago, give every indication they demand revenge. (Sacred Stone Camp)