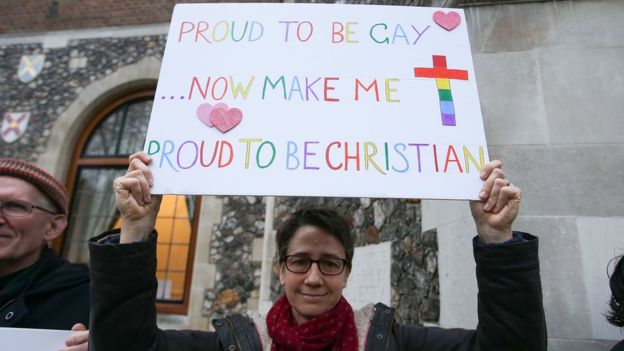 England’s General Synod tossed out its latest bishops’ report on sexuality and marriage Tuesday after it lost in the House of Clergy. According to British media, the report reaffirmed current policy against blessing same-sex marriage, which is legal in civil society, but called for “a new tone” toward LGBTs. The decision is seen as another defeat for the Archbishop of Canterbury on his home turf. He promised that another report will be prepared, in hopes he can say the same thing but differently. (Agence France-Presse)