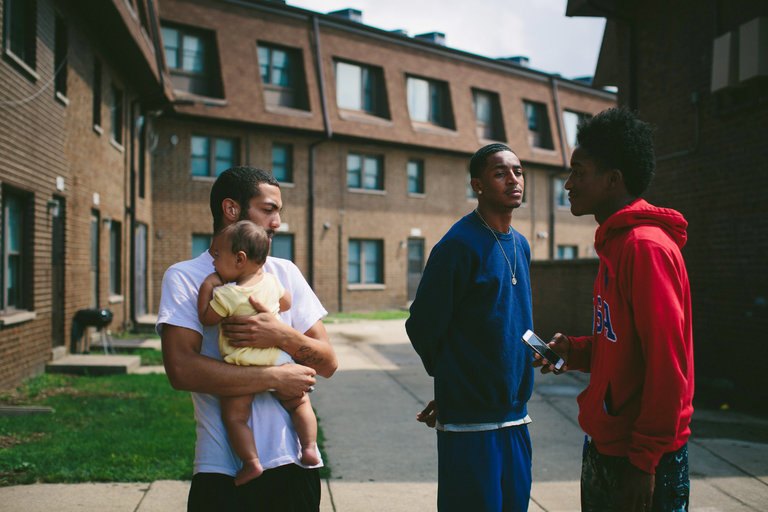 The soil beneath a public housing project in East Chicago, Indiana is contaminated with lead from an old industrial plant – so much lead that children haven’t been allowed to play outside for years. Now the city is trying to close the complex but having trouble relocating the residents; most have been placed elsewhere, but a few families are holding out for a better offer. The city wants to move them across the state line to the south side of Chicago, an area with significantly higher crime, but parents don’t want their kids living there. Tearing down contaminated housing doesn’t increase the availability of low-cost alternatives; a city has to build more just to stay even. (Alyssa Schukar/The New York Times)