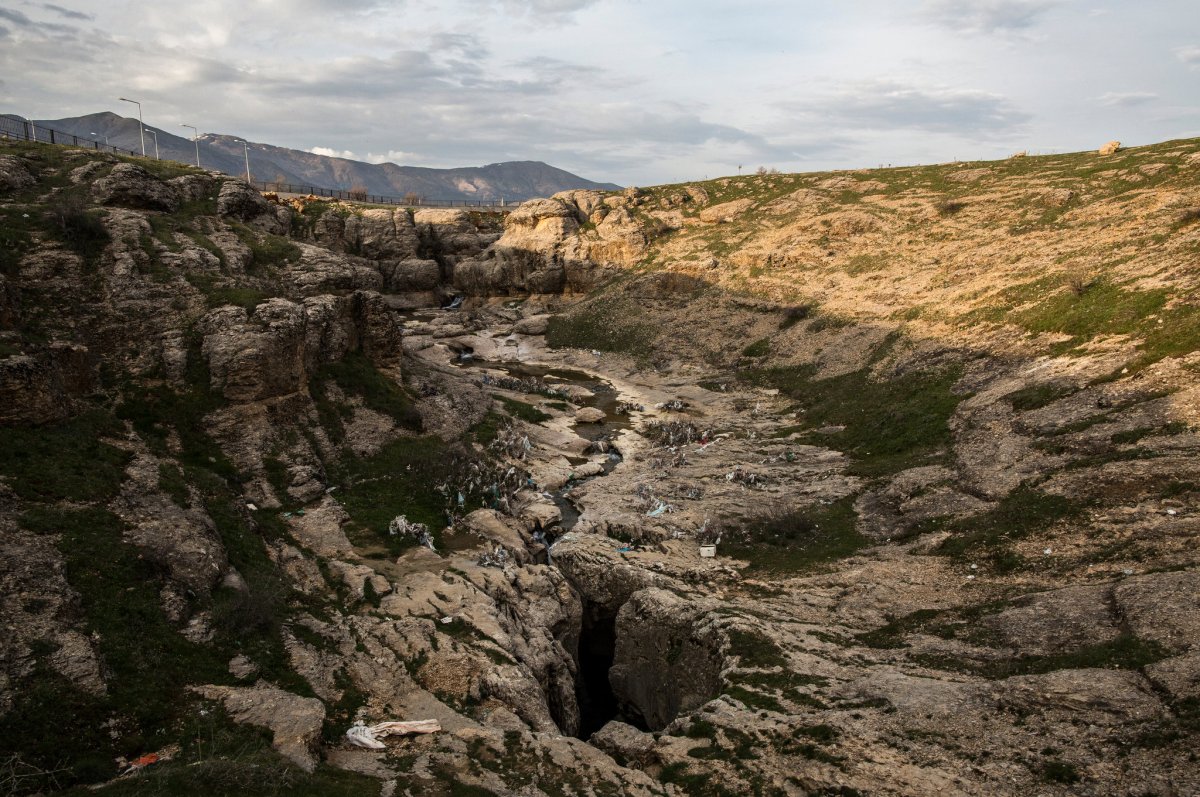 Dudan Cave in Turkish-held Armenia. One hundred two years ago today, some 250 Armenian community leaders, including artists, teachers and clergy, were marched to this desolate spot, executed and dropped down the hole. They were the first of up to 1.5 million Armenians murdered in the first genocide of the 20th century at the hands of the Young Turks who sought to topple the Ottoman Empire. Turkey has always refused to take responsibility to the present day, claiming a lack of primary evidence in government documents. Now, a scholar who is called the Sherlock Holmes of the Armenian Genocide says he has found the smoking gun: original documents smuggled first to London, then to an Armenian monastery in Jerusalem, where they were locked in a vault, never shown to the world and never talked about. He photographed them and showed them to other scholars who have confirmed their authenticity. He released the news Friday in advance of the anniversary. (Bryan Denton/The New York Times)