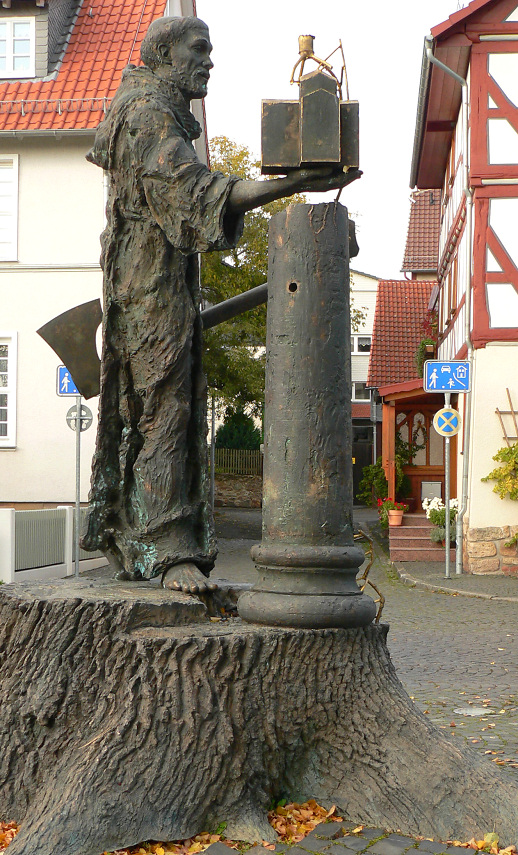 St. Boniface memorial in Fritzler, Germany. Boniface, one of the “makers of Europe,” was a missionary in Frisia, Hesse, Thuringia and Bavaria, organizing, reforming and planting. He had support from the English, the Franks and Pope Gregory II. He anointed Pepin King of the Franks, which paved the way for Charlemagne, who unified Western Europe like never before.