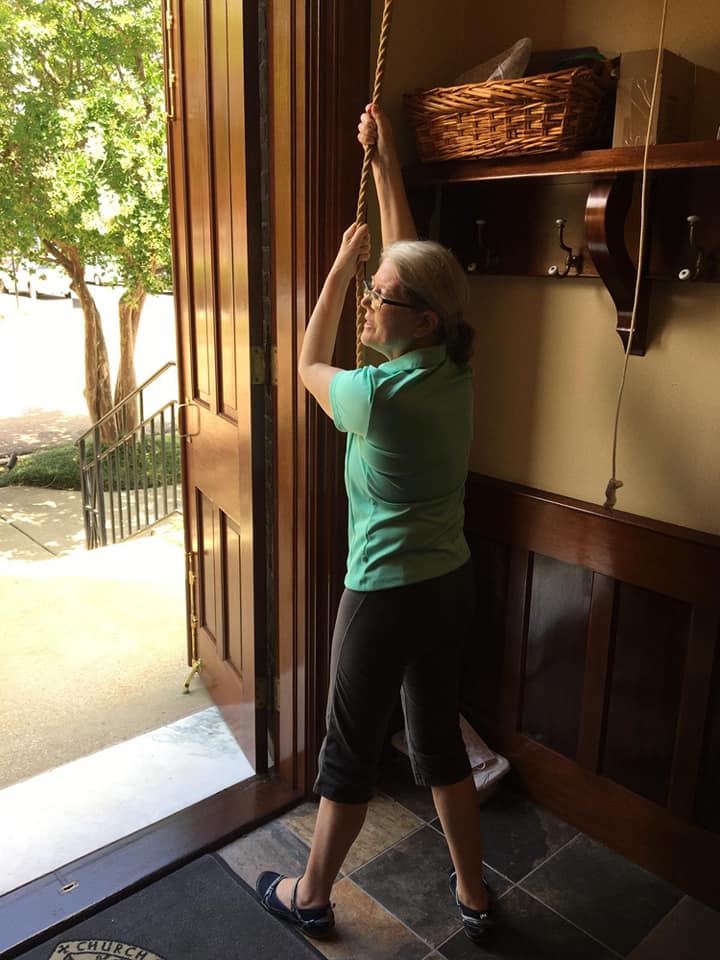 The Rev. Anne Harris, rector of St. Paul’s, Columbus, Mississippi, rang the church bell 55 times Tuesday to mark the years since the assassination of civil rights leader Medgar Evers in Jackson, the state capital. The Mississippi Civil Rights Museum and the Evers Institute asked churches to ring their bells, and Episcopal churches throughout the state did so. Medgar Evers became the NAACP’s first field director in Mississippi in 1954 and led a variety of lawsuits, protests, boycotts and even “wade-ins” at the state’s segregated public beaches, and became the most effective civil rights leader in the state. He and his wife and children lived in constant danger; he was shot by a Klan assassin as he came home from work, the same day President Kennedy gave a major civil rights speech. Evers was taken to the local hospital after he was shot but was turned away because of his race; the hospital finally relented when they found out who he was. nit je died within an hour. It took three trials and 31 years, but a Klansman was finally convicted of the murder. (Chuck Yarborough)