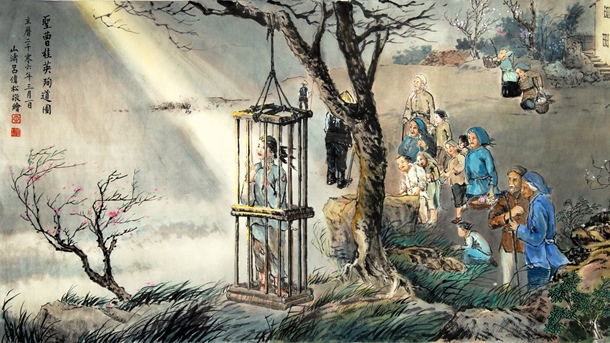 All of today’s saints were lay catechists martyred within a short period for refusing to renounce the Christian faith, which Chinese authorities associated with Western imperialism – though all of them were native-born. Agnes Tsao Kou Ying was born to a Christian family, married young and was widowed early; she had to work to support herself. After being mentored by an elderly widow who instructed her further, she agreed to accompany a missionary priest to Guangxi province; for four years she worked with women and children, before being tortured to death, in a cell so small she could only stand. She died three days later. (Wikidata)