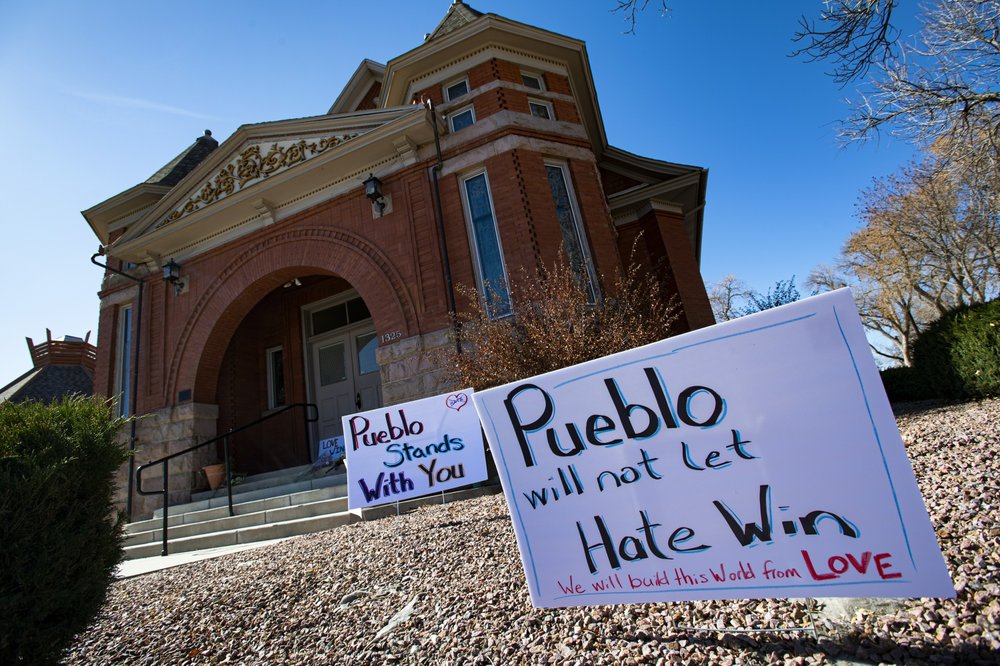 A Colorado man has pleaded guilty to hate crimes for Temple Emanuel in Pueblo, Colorado last fall. Undercover FBI agents posing as White supermacists supplied him with fake pipe bombs and dynamite, then arrested him before he could carry out his plan. He pleaded guilty to two counts, both carrying 20-year terms, but he won’t face more than 20 years. FBI agents first noticed the defendant’s posts on social media; when they went to deliver the phony bombs, he was wearing a Nazi armband and carrying a copy of Mein Kampf in his backpack. (Christian Murdock/The Gazette)