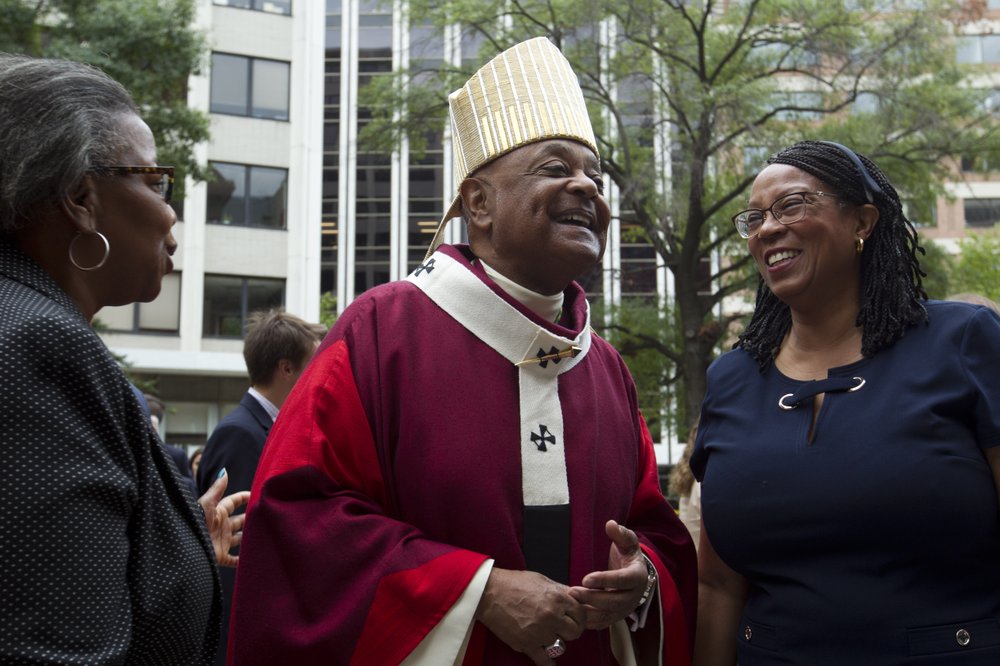 Pope Francis announced the selection of 13 new cardinals Sunday, including the first African-American in history, Archbishop Wilton Gregory of Washington, D.C. He is a former president of the U.S. Conference of Catholic Bishops and Archbishop of Atlanta. Black Americans make up only about 5% of the U.S. Church, so they have waited a long time for their own cardinal and rejoicing was sure to follow the announcement. Gregory is widely praised across society for his efforts to resolve the clergy sexual abuse crisis and to upgrade the Church’s efforts to combat racism. Above: greeting parishioners outside St. Matthew’s Cathedral last year after Mass. (Jose Luis Magana/AP, 2019)