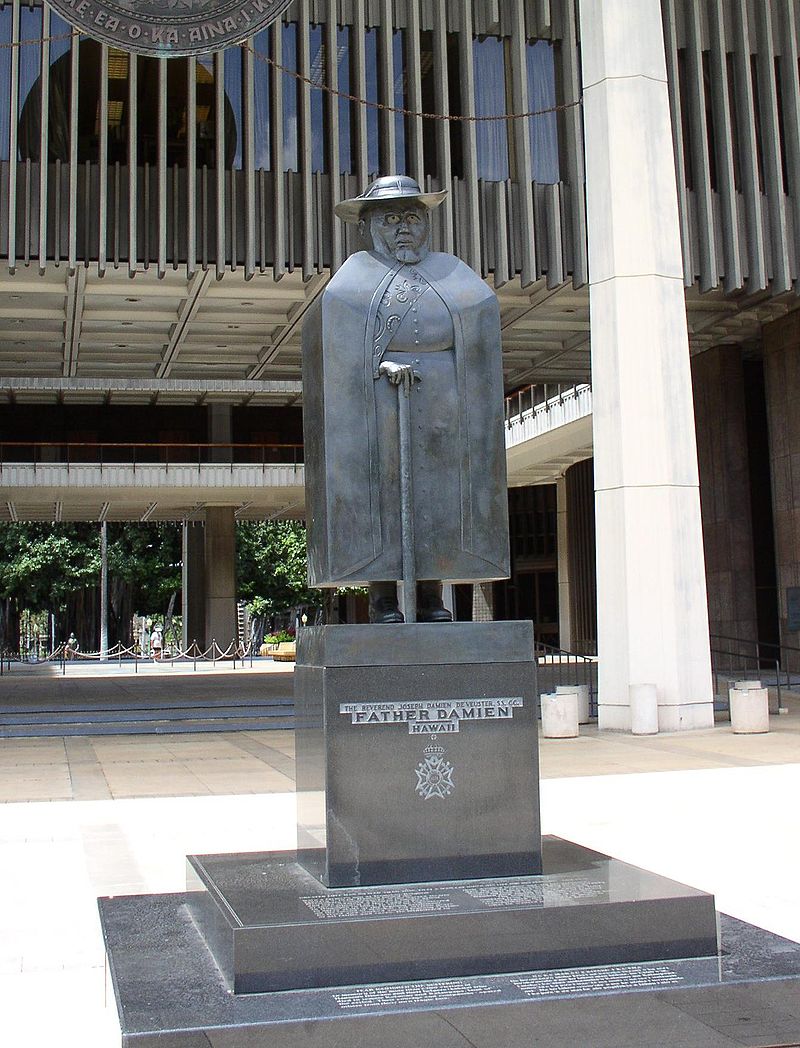 Fr. Damien wasn’t originally supposed to go to Hawai’i at all, his brother was; but the brother got sick, so Damien went in his place, right at a time when leprosy (Hansen’s Disease) was increasing. King Kamehameha V ordered the people to be quarantined, and they became Damien’s parishioners. They were left without any help, but he built houses, churches, an orphanage and a hospital, staying with them the rest of his life. He is the patron saint of Hawai’i, celebrated throughout the islands for simply doing what Christ said. This statue now stands at the Hawai’i State Capitol. (Wikipedia)