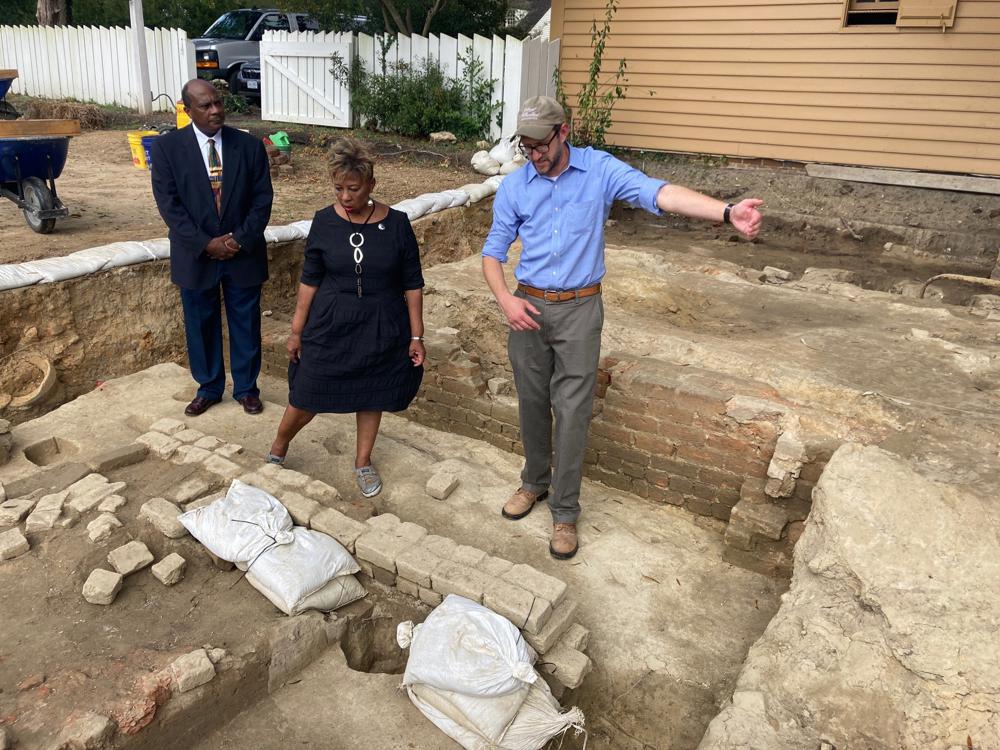 A discovery has brought both excitement and sorrow to Colonial Williamsburg, Virginia; archaeologists have confirmed evidence of one of the oldest Black churches in America, known as First Baptist, now located clear across town. The management of Colonial Williamsburg, a self-styled living history museum, has owned the land since the 1950s, nut never considered the Black church oart of American history. But the church began as a secret congregation in 1776, meeting under landmark trees, before constructing two churches on the site. There is evidence of human remains in the old churchyard. The park bought the land so it could pave it over for a parking lot. Today the pastor and members of First Baptist are glad to have artifacts, including a penny from 1816