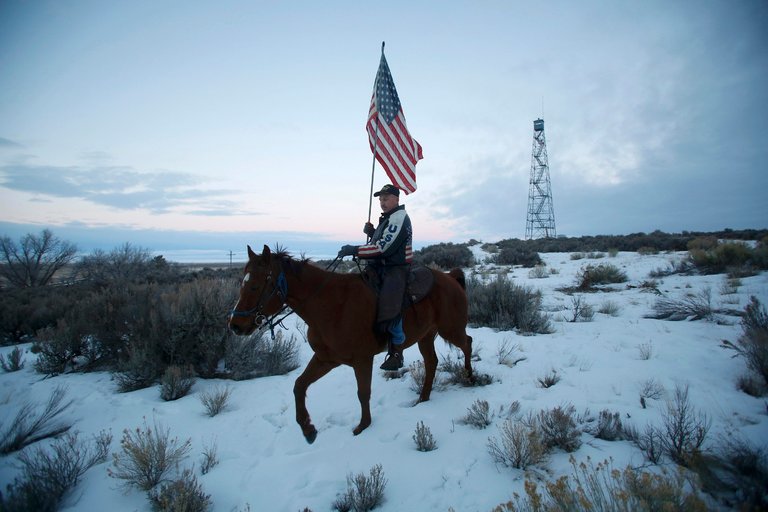 Victory at Malheur: Four men were convicted Friday in the armed takeover of the Malheur National Wildlife Refuge in eastern Oregon a year ago, including Duane Ehmer, above, striking a heroic pose as some kind of freedom fighter for the cameras. The government earlier failed to convict the ringleaders, so this trial was a consolation prize of sorts. Most important, it reestablishes the rule of law in that part of Oregon, where we have members; the conspirators’ real crime was terrorizing a town, a county and the whole area they chose to attack. (Jim Urquhart/Reuters)